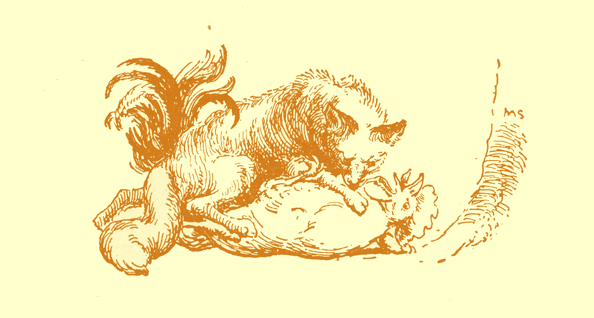 
ONCE on a time there was a cock who stood on a dung-heap and crew and flapped his wings. Then the fox came by.

“Good day,” said Reynard. “I heard you crowing so nicely; but can you stand on one leg and crow, and wink your eyes?”

“Oh, yes,” said Chanticleer, “I can do that very well.” So he stood on one leg and crew; but he winked only with one eye and when he had done that he made himself big and flapped his wings, as though he had done a great thing.

“Very pretty, to be sure,” said Reynard. “Almost as pretty as when the parson preaches in church; but can you stand on one leg and wink both your eyes at once? I hardly think you can.”

“Can’t I, though!” said Chanticleer, and stood on one leg, and winked both his eyes, and crew. But 66 Reynard caught hold of him, took him by the throat, and threw him over his back, so that he was off to the wood before he had crowed his crow out, as fast as Reynard could lay legs to the ground.

When they had come under an old spruce fir, Reynard threw Chanticleer on the ground, and set his paw on his breast, and was going to take a bite! 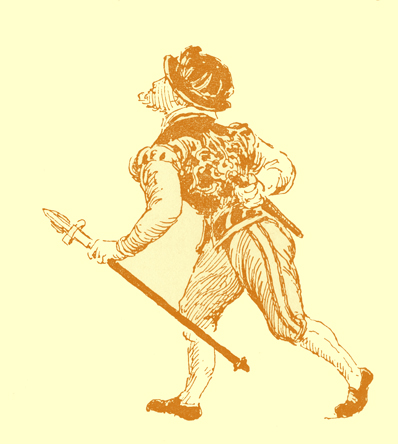 “You are a heathen, Reynard!” said Chanticleer. “Good Christians say grace, and ask a blessing before they eat.”

But Reynard would be no heathen. God forbid it! So he let go his hold, and was about to fold his paws over his breast and say grace — but pop! up flew Chanticleer into a tree.

“You shan’t get off for all that,” said Reynard to himself. So he went away, and came again with a few chips which the woodcutters had left. Chanticleer peeped and peered to see what they could be.

“Whatever have you got there?” he asked.

“These are letters I have just got,” said Reynard; “won’t you help me to read them, for I don’t know how to read writing?”

When Reynard heard Chanticleer chattering about a hunter, he took to his heels as quick as he could.

This time it was Reynard who was made game of.