N bygone times, the public were often entertained by the performances of acrobats on church steeples. We gather, from the brief particulars which have come down to us of the feats enacted, that they were far from elevating, and it is surprising that the acting was allowed to take place on any part of a church.

Rope dancing was provided and appreciated. At the coronation of Edward VI., a rope was stretched from the battlements of St. Paul’s to a window at the Dean’s gate, and the king was highly entertained by the capering of a sailor of Arragon on it.

A less successful piece of acting was attempted in 1555, when a Dutchman stood on the top of St. Paul’s steeple, and waved a streamer. The wind was high, and the lights could not be kept 245 burning to enable the public to see him. Sixteen pounds was paid for the perilous performance.

At Salisbury, a similar foolhardy trick was enacted by a man who hoped to receive a gratuity from George III. But the king declined to give anything, saying: “As the father of my people, it is my duty to reward those who save life, and not those who risk human life.”

At the reception of King Philip, in 1553, we are told, “a fellow came slipping upon a cord, as an arrow out of a bow, from Paul’s steeple to the ground, and lighted with his head forward on a greate sort of feather bed.” This kind of feat remained popular for a long period. William Hutton, the historian, saw a man giving a similar entertainment at Derby, in 1732. Hutton’s account of the affair is full of interest, and we cannot do better than quote a few particulars from it. “There are characters,” wrote Hutton, “who had rather amuse the world, at the hazard of their lives, for a slender and precarious pittance, than follow an honest calling for an easy subsistence. A small figure of a man, seemingly composed of spirit and gristle, appeared in October, to entertain the town by sliding down a rope. One end of this was to be fixed at the top of 246 All Saints’ steeple, and the other at the bottom of St. Michael’s, an horizontal distance of 150 yards, which formed an inclined plane extremely steep. A breast-plate of wood, with a groove to fit the rope, and his own equilibrium were to be his security, while sliding down upon his belly, with his arms and legs extended. He could not be more than six or seven seconds in this airy journey, in which he fired a pistol and blew a trumpet. The velocity with which he flew raised a fire by friction, and a bold stream of smoke followed him. He performed this wonderful exploit three successive days, in each of which he descended twice, and marched up once; the latter took him more than an hour, in which he exhibited many surprising achievements, as sitting unconcerned with his arms folded, lying across the rope upon his back, then his belly, his hams, blowing the trumpet, swinging round, hanging by the chin, the hand, the heels, the toe, etc. The rope being too long for art to tighten, he might be said to have danced upon the slack. Though he succeeded at Derby, yet, in exhibiting soon after at Shrewsbury, he fell, and lost his life.”

He was buried in the churchyard of St. Mary Friars, Shrewsbury, in 1740, and over his remains 247 was placed a tombstone, bearing the following epitaph:

“Let this small monument record the name
of CADMAN, and to future times proclaim
How, by an attempt to fly from this high spire,
Across the Sabrine stream, he did acquire
His fatal end. ’Twas not for want of skill,
Or courage to perform the task, he fell;
No, no, a faulty cord being drawn too tight
Hurried his soul on high to take her flight,
Which bid the body here beneath, good night.”

Hogarth immortalized Cadman in one of his most popular pictures.

To return to Derby, we find that, in 1734, a second “flyer” visited the town. He was much older than the first performer, and less in stature. “His coat,” we are told, “was in deshabille: no waistcoat; his shirt and his shoes the worse for wear; his hat, worth three-pence, exclusive of the band, which was packthread, bleached white by the weather; and a black string supplied the place of buttons to his waistband. He wisely considered, if his performances did not exceed the other’s, he might as well stay at home, if he had one. His rope, therefore, from the same steeple, extended to the bottom of St. Mary’s-gate, more than twice the former length. He was to draw a wheel-barrow after him, in which was a boy of 248 thirteen. After this surprising performance, an ass was to fly down, armed as before, with a breast-plate, and at each foot a lump of lead about half a hundred. The man, the barrow, and its contents arrived safe at the end of their journey. When the vast multitude turned their eyes towards the ass, which had been braying several days at the top of the steeple for food; but, like many a lofty courtier for a place, brayed in vain; the slackness of the rope, and the great weight of the animal and his apparatus, made it seem, at setting off, as if he were falling perpendicularly. The appearance was tremendous! About twenty yards before he reached the gates of the county-hall, the rope broke. From the velocity acquired by the descent, he bore down all before him. A whole multitude was overwhelmed; nothing was heard but dreadful cries; nor seen, but confusion. Legs and arms went to destruction. In this dire calamity, the ass, which maimed others, was unhurt himself, having a pavement of soft bodies to roll over. No lives were lost. As the rope broke near the top, it brought down both chimneys and people at the other end of the street. This dreadful catastrophe put a period to the art of flying. It prevented the operator from making 249 the intended collection; and he sneaked out of Derby as poor as he sneaked in.”

The clergy in Derby, in years agone, appear to have enjoyed popular shows. When Topham, the celebrated strong man, visited the town, in 1737, he performed, among other feats, the following: “He took Mr. Chambers, vicar of All Saints’, who weighed 27 stones, and raised him with one hand. His head being laid on one chair and his feet on another, four people, 14 stones each, sat upon his body, which he heaved at pleasure. He struck a round bar of iron, one inch diameter, against his naked arm, and, at one stroke, bent it like a bow. Weakness and feeling seemed fled together. Being a Master of music, he entertained the company with Mad Tom. He sung a solo to the organ in St. Werburgh’s church, then the only one in Derby; but though he might perform with judgment, yet the voice, more terrible than sweet, scarcely seemed human. Though of a pacific temper, and with the appearance of a gentleman, yet he was liable to the insults of the rude. The hostler at the Virgin’s Inn, where he resided, having given him disgust, he took one of the kitchen spits from the mantel-piece, and bent it round his neck like a 250 handkerchief; but as he did not choose to tuck the ends in the hostler’s bosom, the cumbrous ornament excited the laugh of the company, till he condescended to untie the iron cravat.”

In 1600, Banks, and his famous horse, Morocco, ascended to the top of St. Paul’s. The animal was made to override the vane, much to the astonishment of a large gathering of Londoners. It is related in one of the “Jest Books” of the period that a servant came to his master, who was walking about the middle aisle of the church, to ask him to go and witness the wonderful performance. “Away with you, fool!” answered the gentleman, “what need I go so far to see a horse on the top, when I can see so many asses at the bottom?” In France, Banks and his horse attracted much attention. At Orleans, we are told, the fame they had obtained brought Banks under the imputation of a sorcerer, and he narrowly escaped being burnt at the stake. According to Bishop Morton, Banks cleared himself by commanding his horse to “seek out one in the press of the people who had a crucifix on his hat; which done, he bade him kneel down unto it, and not this only, but also to rise up again, and to kiss it. ‘And now, gentlemen,’ 251 (quoth he), ‘I think my horse hath acquitted both me and himself;’ and so his adversaries rested satisfied, conceiving (as it might seem) that the devil had no power to come near the cross.” It is stated by several writers, that Banks and his horse were burned to death at Rome, “as objects of the Black Power of the World, by the order of the Pope.” Other writers assert that he was living in the days of King Charles as a jolly vintner in Cheapside.

The most serious results of permitting acrobats to perform on churches remain to be recorded. It is related by Raine that, in 1237, Prior Melsonby was elected Bishop of Durham, and that his mitre was taken from him for encouraging a rope dancer to perform his feats on a cord stretched between the towers of the cathedral. The poor fellow fell and broke his neck 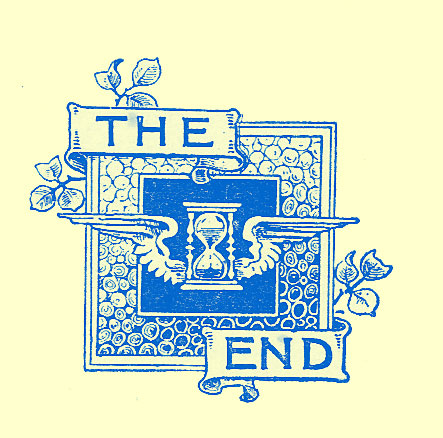