Romantic Castles and Palaces.
As Seen And Described by Famous Writers,

Edited And Translated By Esther Singleton


This is a collection of essays on forty-eight pretty spectacular castles and palaces from around the world.


The authors were once considered famous writers. Fame being what it is, though, their names have not lingered in our collective memory. So, barring Sir Walter Scott, Alexandre Dumas, Robert Louis Stevenson and Nathaniel Hawthorne, the authors may be new to you.


Two of the authors, Edmondo De Amicis, a Spaniard, and John Richard Green, an Englishman, have other pages on this site with their work. This is noted in the footnotes of those pages. Of course Edward Lear was the inventor of Limericks, so his essay appeals to fans of that stellar example of humor.


The source of the pictures are not credited but all were taken before the book was published in 1901. How these structures appeared over 100 years ago is of some interest, for comparison with their modern appearance. The quality of the pictures is as good as I could make it, considering their age. The poor book has suffered from my attempts to scan them properly. The best pictures where the ones that finally fell out out of the darn book completely from trying to get them positioned decently!


In here you will find the origin of “Blarney,”, read an essay by Oscar Wilde’s mother, Lady Wilde, and take home historical highlights of the places, plus gather some gossip about these amazing buildings.


Throughout the book, any material that relates to anything else on this website is linked. With all the medieval history on this site, I chose this book to add some pictures to illustrate those other texts.


This book was attractively bound. (It is now a “a candidate for re-binding.” Here’s the picture of the cover: 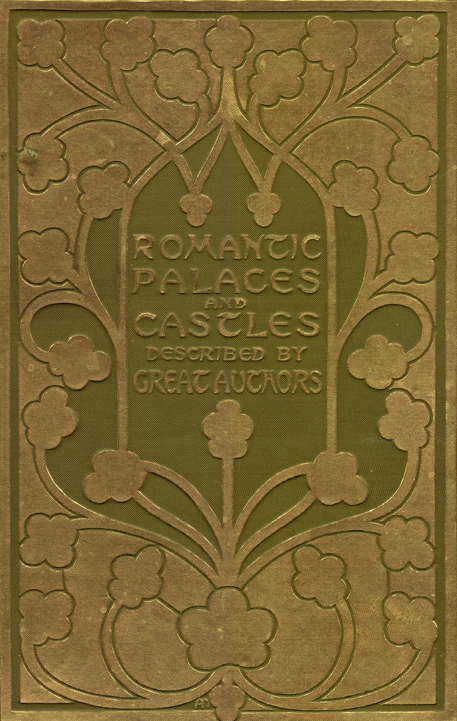 Get started on your armchair travels with the frontispiece of Conway Castle, in Wales, here.