Online Introduction to
Mother's Geese, A New Brood,
By Baker, Chappell, and Herford,
Illustrated by White.

This book was one of the very first to be put on this site. I barely knew what I was doing back then. That does not explain how three of the pages completely vanished though, including any back up copies!

After they vanished, when I tried to find the book to redo some of the pictures, it was nowhere to be found. So I broke down and bought another copy. It was much more expensive than the first, I can tell ya.

So I had to redo a couple of the pages, and now that that internet speeds are faster, I decided to make less pages.

A few of the pictures are still crooked, because my new book is fragile and I don’t want to damage it by re-scanning. When I find the original beat-up version I will do it then.

This book was written in the early part of the 20th century, during Teddy Roosevelt’s time. These are parodies, obviously, based on the nursery rhymes, and the satirical jingles address booze, women, gossips, corrupt New York coppers, and poker playing, among other things. There are a couple parodies of Roosevelt’s politics. Herford, one of the authors, is more well known these days, at least to me, and some day I will put up a nice children’s book he has done, which Destiny likes.

The Wall Street nursery rhymes will strike a chord in a few hearts.

Now that Internet Explorer has gotten rid of hundreds of fonts, the text style online is boring, for everything these days. The poems were originally done in an arty medieval manuscript style of font. That could have been approximated with an early IE font, called Calligrapher, now discontinued. The days when Microsoft allowed for creative expression in print styles is long goneL one of the biggest signs of their loss of the genii that inspired their first efforts. None of the other browsers have a black-letter font either. Curses!

The illustrations are cute, with identical male figures on the book cover which remind me of either Harpo or Groucho (I don’t remember which) in the old silent Marx Brothers’ movies: 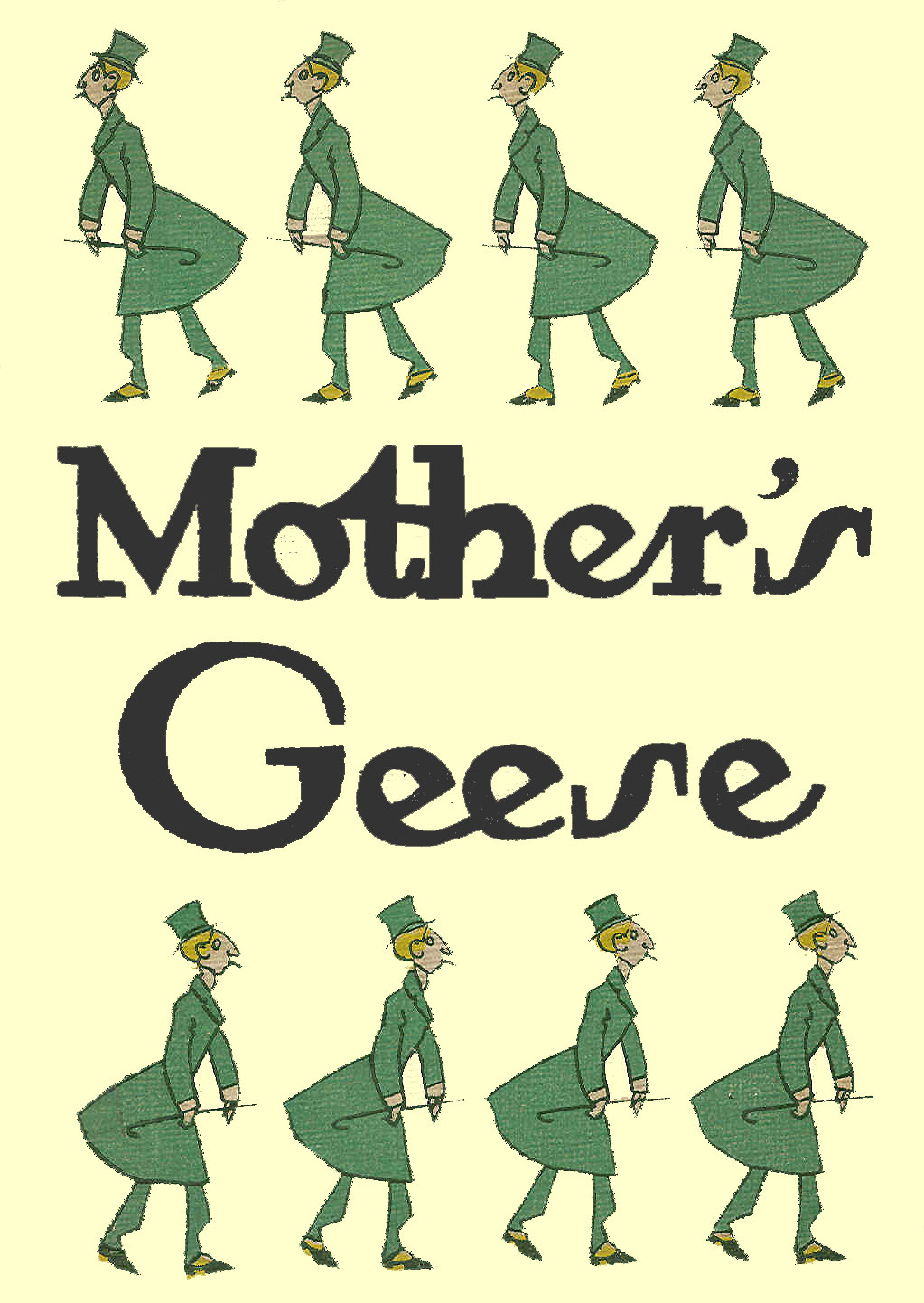 The front and end-papers have an image of three galloping chicks, and I added this to the top and bottom of each page. However, the smoking duck that illustrates the back cover is the best! So I used it, too, at the top of each page. The illustration of a triumphal procession, including man-headed ducks and a woman riding a lion, spans both pages inside the covers, and is included too. The whole text is not paginated but in the book, the picture was always on the left-hand page, and it's “nursery” rhyme on the right one. Each poem and picture has its own page.

To see these pics, along with the rest of the book, click below: