The Lay of the Two Lovers

ONCE upon a time there lived in Normandy two lovers, who were passing fond, and were brought by Love to Death. The story of their love was bruited so abroad, that the Bretons made a song in their own tongue, and named this song the Lay of the Two Lovers.

In Neustri — that men call Normandy — there is verily a high and marvellously great mountain, where lie the relics of the Two Children. Near this high place the King of those parts caused to be built a certain fair and cunning city, and since he was lord of the Pistrians, it was known as Pistres.

This King had one fair daughter, a damsel sweet of face and gracious of manner, very near to her father’s heart, since he had lost his Queen. The maiden increased in years and favour, but he took no heed to her trothing, so that men — yea, even his own people — blamed him greatly for this. When the King heard thereof he was passing heavy and 90 dolent and considered within himself how he might be delivered from this grief. So then, that none should carry off his child, he caused it to be proclaimed, both far and near, by script and trumpet, that he alone should wed the maid, who would bear her in his arms to the pinnacle of the great and perilous mountain, and that without rest or stay. When this news was noised about the country, many came upon the quest. But strive as they would they might not enforce themselves more than they were able. However mighty they were of body, at the last they failed upon the mountain, and fell with their burthen to the ground. Thus, for a while, was none so bold as to seek the high Princess.

Now in this country lived a squire, son to a certain count of that realm, seemly of semblance and courteous, and right desirous to win that prize, which was so coveted of all. He was a welcome guest at the Court, and the King talked with him very willingly. This squire had set his heart upon the daughter of the King, and many a time spoke in her ear, praying her to give him again the love he had bestowed upon her. So seeing him brave and courteous, she esteemed him for the gifts which gained him the favour of the King, and they loved together in their youth. Btu they hid this matter from all about the Court. This thing was very grievous to them, but the damoiseau thought within himself that it were good to bear the pains he knew, rather than to seek out others that might prove sharper still. Yet in eth end, altogether distraught by love, this prudent varlet sought his friend, and showed her his case, saying that he urgently required 91 of her that she would flee with him, for no longer could he endure the weariness of his days. Should he ask her of the King, well he knew that by reason of his love he would refuse the gift, save he bore her in his arms up the steep mount. Then the maiden made answer to her lover, and said,

“Fair friend, well I know you may not carry me to that high place. Moreover should we take to flight, my father would suffer such wrath and sorrow beyond measure, and go heavily all his days. Certainly my loves is too fond to plague him thus, and we must seek another counsel, for this is not to my heart. Hearken well. I have kindred in Salerno, of rich estate. For more that thirty years my aunt has studied there the art of medicine, and knows the secret gift of every root and herb. If you hasten to her, bearing letters from me, and show her your adventure, certainly, she will find counsel and cure. Doubt not that she will discover some cunning simple, that will strengthen your body, as well as comfort your heart. Then return to his realm with your potion, and ask me at my father’s hand. He will deem you but a stripling, and set forth the terms of his bargain, that to him alone shall I be given who knows how to climb the perilous mountain, without pause or rest, bearing his lady between his arms.”

When the varlet heard this cunning counsel of the maiden, he rejoiced greatly, and thanking her sweetly for her rede, craved permission to depart. He returned to his own home, and gathering together a goodly store of silken cloths most precious, he bestowed his gear upon the pack horse, and made him ready for the road. So with a little company of men, 92 mounted on swift palfreys, and most privy to his mind, he arrived at Salerno. Now the squire made no long stay at his lodging, but as soon as might, when to the damsel’s kindred to open out his mind. He delivered to the aunt the letters he carried from his friend, and bewailed their evil case. When the dame had read these letters with him, line by line, she charged him to lodge with her awhile, till she might do according to his wish. So by her sorceries, and for the lover of her maid, she brewed such a potion that no man, however wearied and outworn, but by drinking this philtre, would not be refreshed in heart and blood and bones. Such virtue had this medicine, directly it were drunken. This simple she poured within a little flacket, and gave it to the varlet, who received the gift with great joy and delight, and returned swiftly to his own land.

The varlet made no long sojourn in his home. He repaired straightway to the Court, and, seeking out the King, required of him his fair daughter in marriage, promising, for his part, that were she given him, he would bear her in his arms to the summit of the mount. The King was no wise wrath at his presumption. He smiled rather at his folly, for how should one so young and slender succeed in a business wherein so many mighty men had failed. Therefore he appointed a certain day for this judgment. Moreover he caused letters to be written to his vassals and his friends — passing none by — bidding them to see the end of his adventure. Yea, with public cry and sound of trumpet he bade all who would, come to behold the stripling carry his fair daughter to the pinnacle of the mountain. And from every region 93 round about men came to learn the issue of this thing. But for her part the fair maiden did all that she was able to bring her love to a good end. Ever was it fast day and fleshless day with her, so that by any means she might lighten the burthen that her friend must carry in his arms.

Now on the appointed day this young dansellon came very early to the appointed place, bringing the flacket with him. When the great company were fully met together, the King led froth his daughter before them; and all might see that she was arrayed in nothing but her smock. The varlet took the maiden in his arms, but first he gave her the flask with the precious brewage to carry, since for pride he might not endure to drink therefrom, save at utmost peril. The squire set forth at a great pace, and climbed briskly till he was halfway up the mount Because of the joy he had in clasping his burthen, he gave no thought to the potion. But she — she knew the strength was failing in his heart.

“Fair friend,” said she, “well I know that you tire: drink now, I pray you, of the flacket, and so shall you manhood come again at need.”

But the varlet answered,

“Fair love, my heart is full of courage; nor for any reason will I pause, so long as I can hold upon my way. It is the noise of all this fold — the tumult and the shouting — that makes my steps uncertain. Their cries distress me, I do not dare to stand.”

But when two thirds of the course was won, the grasshopper would have tripped him off his feet. Urgently and often the maiden prayed him, saying,

But he would neither hear, nor give credence to her words. A mighty anguish filled his bosom. He climbed upon the summit of the mountain, and pained himself grievously to bring his journey to an end. This he might not do. He reeled and fell, nor could he rise again, for the heart had burst in his chest.

When the maiden saw her lover’s piteous plight, she deemed that he had swooned by reason of his pain. She kneeled hastily at his side, and put the enchanted brewage to his lips, but he could neither drink nor speak, for he was dead, as I have told you. She bewailed his evil lot, with many shrill cries, and flung the useless flacket far away. The precious potion bestrewed the ground, making a garden of that desolate place. For many saving herbs have been found there since that day by the simple folk of that country, which from the magic philtre derived all their virtue.

But when the maiden knew that her lover was dead, she made such wondrous sorrow, as no man had ever seen. She kissed his eyes and mouth, and falling upon his body, took him in her arms, and pressed him closely to her breast. There was no heart so hard as not to be touched by her sorrow; for in this fashion died a dame, who was fair and sweet and gracious, beyond the wont of the daughters of men.

Now the King and his company, since these two lovers came not again, presently climbed the mountain to learn their end. But when the King came upon them lifeless, and fast in that embrace, incontinent he fell to the ground, bereft of sense. After his speech had returned to him, he was passing heavy, and 95 lamented their doleful case, and thus did all his people with him.

Three days they kept the bodies of these two fair children from earth, with uncovered face. On the third day they sealed them fast in a goodly coffin of marble, and by the counsel of all men, laid them softly to rest on that mountain where they died. Then they departed from them, and left them together, alone.

Since this adventure of the Two Children this hill is known as the Mountain of the Two Lovers, and their story being bruited abroad, the Breton folk have made a Lay thereof, even as I have rehearsed before you. 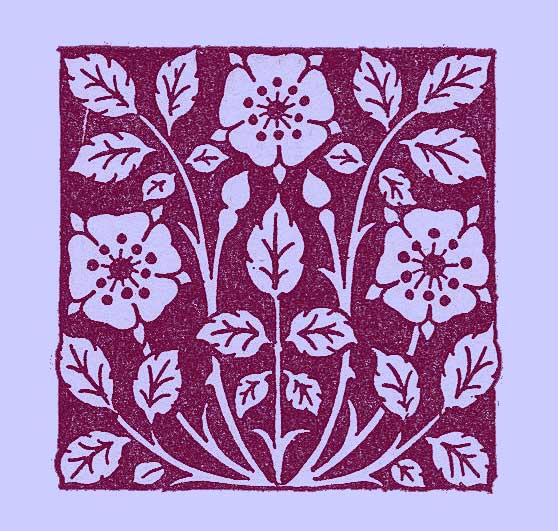