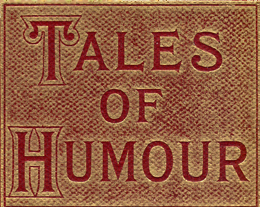 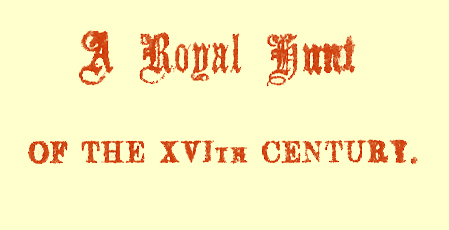 THE KING AND THE THIEF.


THE castle of Rambouillet presented one fine morning in the spring a curious and animated spectacle. The galleries and courts were crowded with pages and hunters, waiting for the orders of their masters; the chief huntsman visited the stables, and his valets made the distant hills echo with the sound of their horns. Joy, in short, reigned throughout the castle; for Francis the First was about to set out for the chase.

In the middle ages the chase, in common with war and the tournament was one of the most remarkable episodes in a life. A gentleman may very well not know how to write, but he was not allowed to be ignorant of the laws and customs of this most noble of arts.

Francis the First did not carry this passion to excess; nevertheless he loved the chase, for it gained him applause for his strength and his address. Wishing to afford this amusement to the ambassadors of Henry the Eighth, King of England, he had just arrived at Rambouillet, — the forest of which is to this day one of the most beautiful in France, — and he hastened with the help of his valet-de-chambre, 250 Claude Chapuis, to dress himself in the official costume for the pursuit of the wild boar. This was a shirt closed and plaited round the neck, a grey doublet, and above it a short robe of green cloth without sleeves, cloth pantaloons, and boots with steel spurs. A magnificent chain of gold hung round his neck, the gift of his beloved sister; and suspended to his leathern belt was an ivory horn, and a large knife. Putting on a simple velvet cap he repaired in great haste to the chapel of the castle.

The mass which preceded the hunt was named the “mass of Saint Hubert,” who has always been venerated as the patron of the chase, and was performed as speedily as possible to suit the impatience of the assistants. The chapel had been crowded for a long time with the nobles and ladies of the Court, in elegant costumes, and as soon as the king had arrived the office commenced. Francis was kneeling at his footstool, when suddenly raising his head, he perceived against one of the pillars of the church a singular spectacle. A young man, richly clothed, but with an impudent air, had placed himself behind the Cardinal of Lorraine, and was very adroitly emptying the pockets of his eminence. The colour mounted to the king’s face; the thief however was not a novice: without being disconcerted, he turned himself towards Francis, and with a knowing look, put his finger upon his mouth, as if asking him to keep the secret. Francis immediately imagined that he was a young noble, who, wishing to play a trick upon the good cardinal, had stripped him of his purse; the king loved a joke, and contenting himself with a smile, he allowed the thief to finish his work undisturbed.

And now the service was ended, and the company hastened to take their places at table. The men attacked the hams of Mayence and Bayonne, already 251 celebrated at that period, and the enormous piece of salt beef which always appeared in the most splendid repasts; while the valets handed to the ladies tarts, cakes, and wine of various kinds. The collation was nearly finished, when the king perceived at one of the ends of the table the Cardinal of Lorraine.

“Ha! Monsieur de Lorraine,” said the king, “can you lend me your purse? I shall be delighted to show the design to Madame, my mother.”

“Certainly, your Majesty ——” said the cardinal; but he did not finish his sentence; he suddenly became discomposed, and could scarcely stammer out a few words. His handkerchief, his purse, and all the contents of his pockets had disappeared; all that was left was his office-book.

Immediately a fit of laughter seized the king, which was imitated by the courtiers around him, and all inquired the cause of his mirth. Meantime the countenance of the cardinal reddened more and more; a sight which only caused the merriment of the king to increase.

“Come,” said the latter at length, wiping his eyes, “the joke is excellent; but it is time it was ended. My Lord,” he continued, “return to Monsieur de Lorraine ——”

This time it was the king who was troubled, for though he looked round on all sides he could not perceive the delinquent in the hall. He then related the adventure in the chapel, and inquired if any one knew the gentleman who had played so clever a trick on the cardinal. No one could remember having seen him at Court.

“By St. Hubert, no!” exclaimed the master of the king’s household, smiling, — for he had long suspected the truth, — “he does not belong to the Court, and so much the better, gentlemen, for your purses. This so-called lord is one of the most impudent pickpockets 252 in the kingdom, and his eminence has been most skilfully robbed under the very nose of his Majesty.”

This disclosure was received with a general burst of laughter, and the king, finding that he had been the dupe of a clever thief, struck the table and cried out —

“On the faith of a gentleman, this rogue has made me his accomplice! But I owe you a compensation, Monsieur Cardinal,” added he; “your nephew shall obtain the situation for which he is a candidate, on the first vacancy —— Come gentlemen, to horse, and may St. Hubert protect us!” 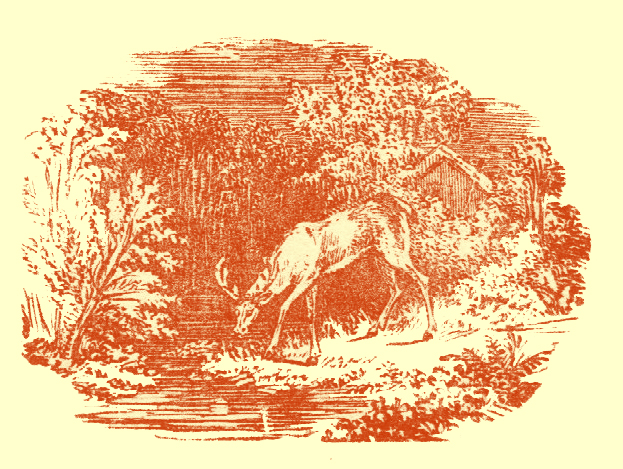 [THE END OF TALES OF HUMOUR.]