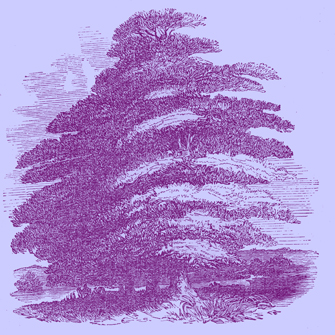 
WE are told, in 2 Chron., ix. 11, “And the king, Solomon, made of the algum-trees, terraces to the house of the Lord, and to the king’s palace, and harps, and psalteries for singers; and there were none such seen before in the land of Judah.”

The tree here mentioned is supposed by some to have been the cypress, and by others, the species which produces the gum-arabic. The engraving represents the latter. It is a tree of great value, aside from its use in carpentry, as it not only yields the gum so much prized, but bears fruit in exuberant clusters, while the leaves are esteemed for their medicinal virtues.

Whatever the tree thus used by Solomon was, it is supposed 309 to have been aromatic, and the terraces composed of it to have, therefore, diffused an agreeable odor. The same wood was used for musical instruments, employed in the magnificent worship of the Temple.