ONE THIRD OFF
Some Thoughts on Deflation,
by
Irvin S. Cobb.

My mother and my grandfather loved Irwin S. Cobb, which I discovered when I told her that I had put up one of his books, Cobb’s Bill of Fare. It also turns out that he was born in Kentucky. And left as soon as he could for New York, rarely to return. Which is as understandable then as such a move would be now. He was well prepared by his upbringing for hijinks and shenanigans of people in the big city, just the ambience and costumes had changed.

This is his account of his fattening as he grew prosperous there, and of his subsequent slimming.

Parts are screamingly funny. Parts are outdated, but still persist in the popular mind today. However, he found a method to lose weight that worked for him. And he lived to a ripe old age, because of it.

As a curious note, the phrase “Some Thoughts on Deflation,” as a subtitle under One Third Off, is only found on the back bookcover of my edition advertising the contents. It is not mentioned anywhere else. 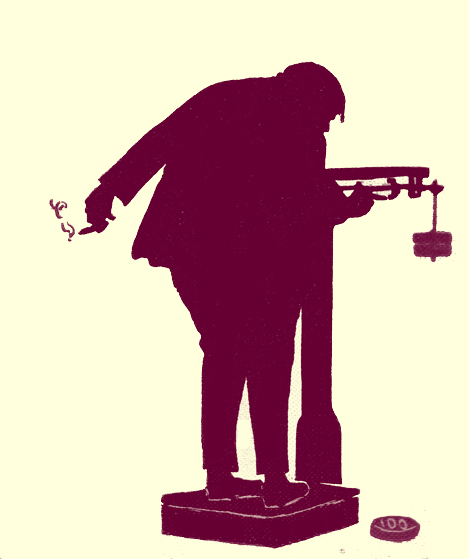