Anyte and Sappho, Aldington and Edward A. Storer.

It is easy to forget that the history of misogyny did not end with the Modern Era. How many people were taught about famous good women in history and literature from classical times? Or medieval times for that matter? In the interests of making today seem such an improvement for folk, it is far better to talk about the “Bad old days.” Actually, one of my pet theories is that everybody liked women a lot better before Queen Elizabeth, than afterwards. The ancient Greeks were proud to honor their brainy women. Anyte and Sappho are two of them. After good Queen Bess’s total despotism tarnished the image of women for centuries, along with some “reformed clerics” who made the monks look tolerant, it was not until the end of the 1800’s that women became respectably smart and artistic again.

Aldington and Storer, part of the Imagist group joined in the start of that reversal of opinion and this little book proves it. In this part of their series, they honor Anyte of Tegea and Sappho, by translating them in a way that preserves their worth. That's not easy to do, which is why you haven't heard too much of them. The best and cheeriest word picture in it, in my mind, is this one, by Sappho, describing a joyous effect of man upon his environment for a change:

As the shepherd’s naked feet trample the hyacinths
Upon the mountain-side until they stain the earth.

Sappho is infamous, and not for her poetry. The problem with that whole theory about her sexuality is the key question of how much of an author’s work is autobiographical? Especially when it is clear from the brief biography by Storer that the very few bits of titillating poetry we have of hers were a very small part of the her entire output, nine books at minimum!

Remember as well, that as writers of tombstones, these authors were paid to do this, or gained literary kudos for them, if they were admired. A pen for hire is not an autobiographical pen. Naturally, the most sensational bits would have been saved through the ages to foment arguments, to raise eyebrows, and to fuel endless debates by people whose tastes assured the ever-popular interest in preserving, if anything, only the most salactious bits of our past. So I choose not to form a judgement about this woman based on her literary output. I also don’t assume, though it is still very, very hard, I admit, that Alan Arkin really was not out to kill Audrey Hepburn.

The art of the epigram is to arouse powerful feelings in a few words, without being overly sentimental about it. There is a difference between a good epigram and a commercial after all. These two women do a good job of it, with the help of their translators. To read them, click on either author below, taken from the title page of the book, or you can click on “Next,” as usual, at the top and bottoms of the page, to proceed in page order through the book.

From The Poems of Anyte of Tegea, Translated by Richard Aldington; Poems and Fragments of Sappho, translated by Edward Storer; from The Poet’s Translation Series, Second Set, No. 2; London: The Egoist LTD, 1919; pp. 1-22. 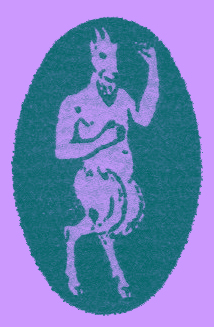