From The Bard of the Dimbovitza, Roumanian Folk-Songs Collected from the Peasants by Hélène Vacaresco, translated by Carmen Sylva and Alma Strettel; London: James R. Osgood, McIlvaine & Co., 1897; pp. iii-vi.

T
HE BARD OF THE
DIMBOVITZA

COLLECTED FROM THE PEASANTS
BY 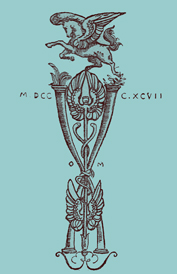 THE strange and beautiful songs, of which the following are a selection, seem to me a real treasure-trove, a valuable addition to the literature of the world. They are peculiar to a certain district of Roumania, and that a district in which the mysterious grandeur of mountains has combined with the melancholy and subtle beauty of vast plains, in influencing the people. The young poetess to whom we owe the discovery of these songs spent four years collecting them among the peasants on her father’s estates; and even though her family had for centuries been known and honored by this race, yet she encountered many difficulties in trying to induce the peasants to repeat their songs for her. She was forced to affect a desire to learn spinning, that she might join the girls at their spinning-parties, and so overhear their songs more easily; she hid in the tall maize to hear the reapers crooning them; she caught them from the lips of peasant-women, of luteplayers (“Cobzars,” so called from the name of their instrument, a “cobza” or lute), of gipsies and fortune-tellers; she listened for them by death-beds, by cradles, at the dance and in the tavern, with inexhaustible patience. They are worthy to rank with the best national songs that India, Arabia, and the vi far North have given us; and are truly noble in their childlike purity, and simple treatment of, and sympathy with, every phase of natural human experience. They are mostly unrhymed — the gipsies using rhymes occasionally — and they depend more for rhythm on the long, musical cadence of each phrase, than on any definite poetical form; they are sung to a monotonous chant, and not accompanied by any instrument, except in the case of the Cobzar, who sings to his lute. Most of them are improvisations. They usually begin and end with a refrain, which seems to have been suggested to the singer by something in his surroundings, and to have struck him as fitting in with the mood of the song, although it has not always any immediate connection with it. For the spinning-songs, the girls all stand in a circle, spinning; the best spinner and singer being in the middle. She begins to improvise a song, and at any moment she chooses, throws her spindle, holding it by a long thread, to another girl, who has to go on spinning while the first girl pulls out the flax — a proceeding requiring great dexterity — and at the same time, has to continue the improvisation which has been begun.

The “Drama” at the end of the present volume was found in a very ancient MS. hidden in the vaults under the ancestral home of the Vacaresco family. In these vaults the people used of old to take refuge during the Turkish raids.